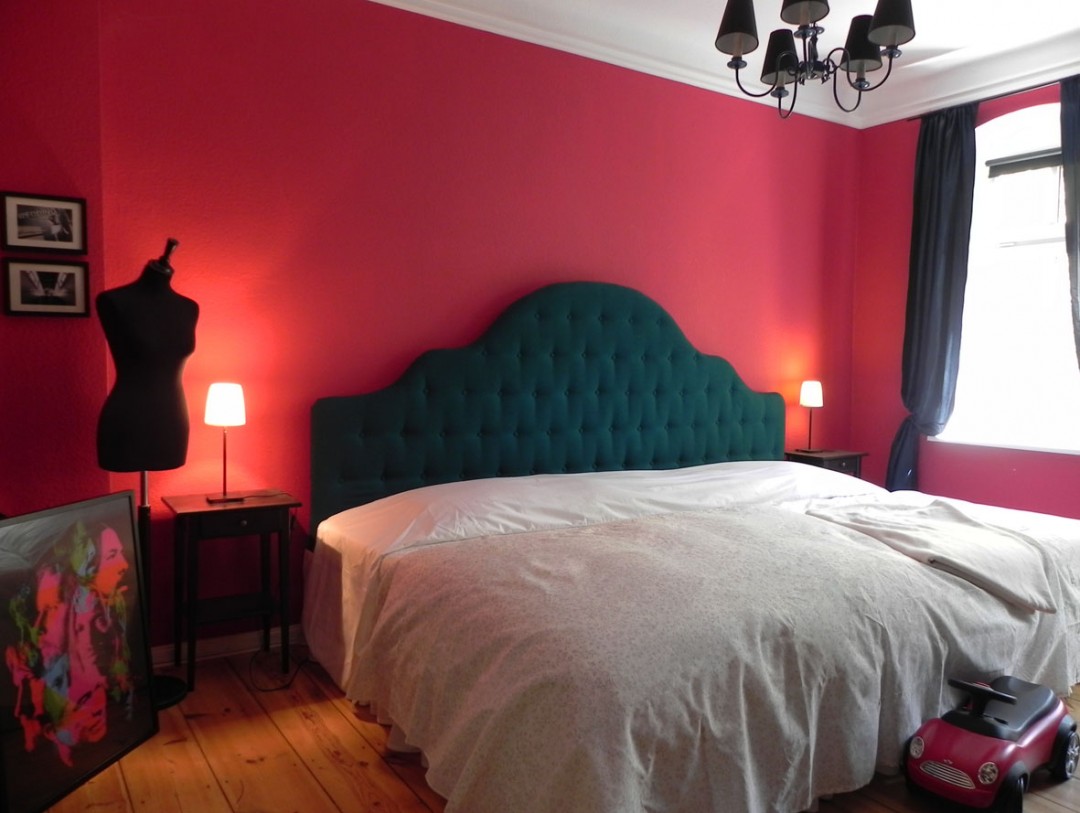 Time is running and by July we will be four!
Instead of three people FOUR more or less tall humans are going to share their sleepless nights together in one bed.
Because there is not enough space already due to the fact that the smallest one sleeps in right angles to his parents and rotates like the hands of a clock, we decided to enlarge our bed from 180cm (ca. 71”) to 300cm (ca. 118 ”). That should be enough (for the moment). You can find a lot of information about co sleeping on the internet.

Usually everything you read is all about the question whether one shall/ can/ must do this or not and/ or if anybody has ever rolled onto his baby while sleeping. One thing with nearly every parental decision you make is, that public positions are entrenched. There are people who think that it doesn’t get any better than being woken up in the morning by a drooly hand in your face and others who are feared to death by the thought of 18-year-old psychosexual disordered weirdos crawling into their parent’s bed. (Because THAT happens when you co sleep with your kids, doesn’t it? ;-))
Well, I won’t go deep into that now.
What I am interested in is the practical and optical feasibility of such a project.
Most pictures I found on the internet are showing family beds that are much narrower than our current bed or mattresses arranged in some kind of dormitory style.
We decided not to do things by halves and designed and constructed the bed by ourselves.
After many weeks of “So, how are we going to do it now?” –“I have no idea, let’s talk about that s*** later”-discussions we finally had some kind of plan, technically speaking even TWO, one for the bedframe and one for the headboard.
They looked like this: You may guess which one of the sketches was done by the engineer and which one by the paintress. But be careful, appearances are deceptive.

It took us half a week to accomplish our 3m family bed.

And if you want to know, how you can build a headboard all by yourself, just read more here.
You will find a full tutorial, which can be easily adapted to any imaginable bed width. Anybody dare to build a 4m one?

has not eaten anything that used to have eyes for more than 25 years. Paintress, illustrator DIY-queen and art lover. Living in Berlin, Germany together with her husband and their two boys 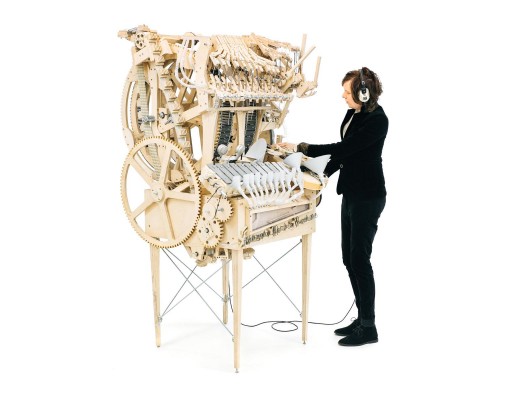 When marbles turn into music: Wintergatan 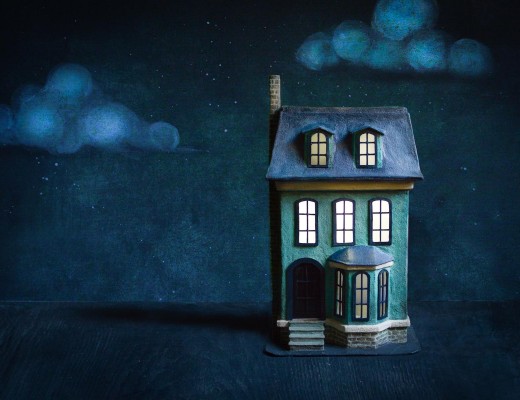