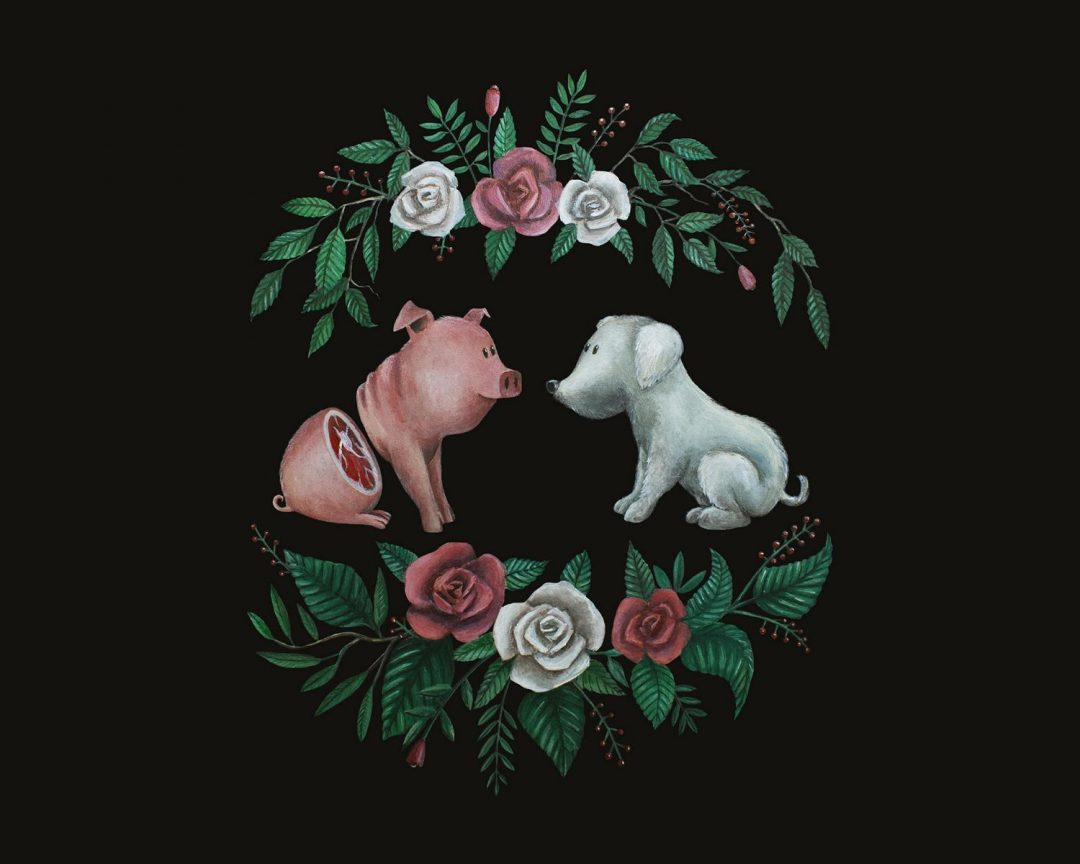 When I was about five or six years old, my parents went on a shorttrip without me and left me with my grandparents. During the day I played in the yard and in the barn, had a look at the new baby bunnys and fed the chickens with my grandfather.

However,as soon as the sun went down, I felt terribly homesick and cried my heart out. Until someone came up with the idea to bring me a little rabbit  to comfort me. What can I say … That worked pretty well. I love rabbits. A few months later, we visited my grandparents again.

For the first time I saw how a rabbit’s neck was broken and how his coat was pulled off properly . I almost puked. Our family had roasted rabbit for dinner.

At that time I had already stopped eating meat and had they killed a dog or a cat, it would not have made any difference to me. Speaking of dogs, more than 2.5 million people have signed a petition on change.org to stop the Yulin Dog Meat Festival in Guangxi, China. Eating dogs… this is disgusting, isn’t it? Dogs are there to play with and sometimes even to let them sleep in your bed. But eating them? NO WAY. We have other things to eat: pigs, cattle and stuff like that. Nobody has to eat dogs.

This hypocritical weird and shitty way of thinking, ladies and gentlemen, is incidentally called speciesism.

Children eat their favourite little saussages without even knowing what is inside. They can’t make the connection between the meat on their plates and the animal that this piece of dead flesh once was. Most adults have forgotten – or never known – this either.

Because the animals are invisible. Their killing takes place behind closed doors. With the painted series “About Meat” I want to give a face to the invisible carnism in our society. I want to illustrate this completely absurd way of thinking and I’m still far from finished. All illustrations are created in classic handwork and follow a common color concept.

In the following video you can take a look at the process of painting: You can support me and my work on the  “About Meat”-project  via Patreon and / or Society6. 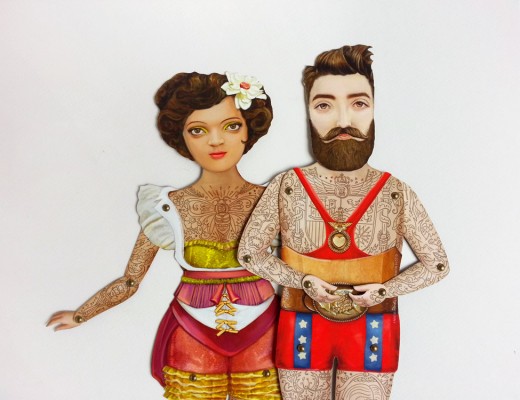 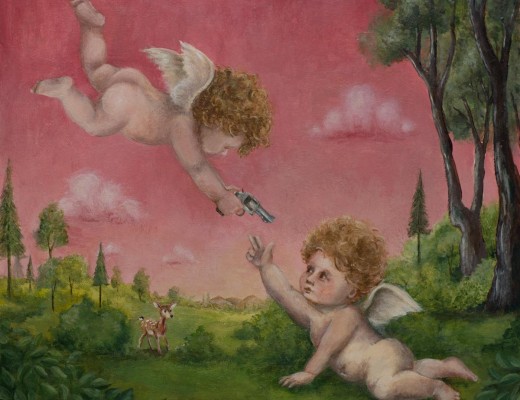